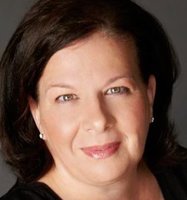 Angela Rosemary Krass, 60, died peacefully at home in Morristown, New Jersey. Born in Corpus Christi, Texas on the US Naval Base, she spent most of her childhood in New York and Morris Plains, NJ. She graduated early from Morristown High School (Class of 1976) and attended County College of Morris and NYU thereafter. She had a diverse career in the Arts, as a film producer, founder of her company, Orange Alloy: https://www.orangealloy.com/, and a member of the American Photographic Artists association for professional photographers, She lived in NYC and California before returning to Morristown, NJ to be near her nieces and nephews. Angela was a loving, caring, attentive 'Big' Sister and Aunt to many. She is preceded in death by her parents, Robert William Krass and Angela Laura Mola of Morris Plains. She is survived by her four (4 )siblings and their spouses: Robert Krass Jr. of Arizona, Francesca and William Joel of Morristown, Frank and Joy Krass of Millington, Bob and Elizabeth Krass of Morristown. She is also survived by her 6 nieces and nephews who she loved spending time with regularly. She loved the beach and ocean, where she was either playing with her nieces and nephews or just enjoying the peaceful views and sounds. Angela was an animal lover and advocate for all animal welfare, her entire life. She is survived by her dog, Sparky of Eleventh Hour Rescue (now in her sister's care). Per her request, she will be remembered in a private life celebration at a later date. In Lieu of flowers, donations can be made to the following organizations in her memory: Eleventh Hour Rescue https://ehrdogs.networkforgood.com/projects/24962-general Memorial Sloan Kettering Cancer Center https://giving.mskcc.org/