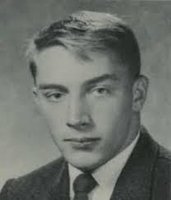 Peter C. Jilleba passed away on May 3, 2020 after a long illness. He was 73 years old. Peter grew up in Madison, NJ and graduated from Madison High School in 1965, earning recognition as one of the best all-around athletes in the state of New Jersey. During his high school football career Peter scored a total of 488 points. As a wrestler, he won back to back 1963 and 1964 high school New Jersey Heavy Weight Championships and was undefeated as a high school wrestler. Also as a member of the baseball team at Madison High School he led the team, in 3 consecutive years, in hitting, RBI’s and home runs. Peter also excelled in college football, playing under Coach Bear Byrant at the University of Alabama and was selected to play for the South the 1970 Senior Bowl. In 1998 Peter was awarded by the Morris County Chapter of the National Football Foundation the Morris County High School Football Legend Award, and in 2000 he was recognized by the Star-Ledger newspaper as one of the all-time top 25 athletes from New Jersey. Later in life, Peter developed a love for the outdoors and a passion for trekking and mountain climbing, especially in the Asian Himalayan Mountains. Peter traveled and hiked in more than 30 countries during his lifetime. After college, Peter had a business career in the energy industry and as a home improvement entrepreneur. Peter had a personality that attracted many lifelong friends who will certainly miss him. He is survived by his sons, Kyle Jilleba and Frank LaTorre, brother, Christopher T. Jilleba, sister, Carol Moore and grandchild, Madaleine LaTorre. Donations in memory of Peter can be made to the Wounded Warrior Project, (www.woundedwarrior project.org/donate.) Arrangements are under the care of Burroughs, Kohr & Dangler Funeral Home, Madison.