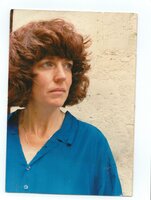 Madelyn Joan Berensmann, age, 79, passed away on July 21, 2021. She is preceded in death by her husband of 44 years, William Berensmann and brother, John Brennan. She is survived by her sisters, Barbara Penders of Madison, N.J. and Evelyn Ann Romano of Tampa, Florida. She was a beloved aunt to 2 nieces and three nephews whom she loved dearly. Madelyn was a graduate of Rutgers University and had her MSW (Master of Social Work) degree. She was also an R.N. She had a private practice as a therapist for many years working in the field of drug/alcohol addiction. She and her husband, Bill were world travelers and spent many years abroad in France and Italy. In her beloved Millbrook, New York she was deeply involved for many years in the overseas student exchange program. She was also the proud owner of a Bed and Breakfast in Millbrook, New York called “Cat in your Lap” which she ran for many years. Her last years were spent at the Chatham Hills Care Center in Chatham, N.J., close to her sister Barbara Penders and her family. Arrangements were under the care of Burroughs, Kohr & Dangler, Madison.