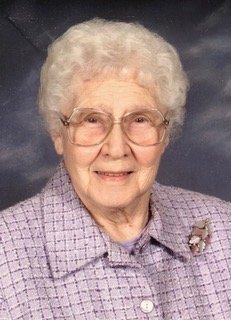 Born on January 4, 1926 in Orange, NJ to Dorothy Muriel and George Willis Elliott, Pat was a child of the depression and World War II but grew up surrounded by family in West Orange, NJ. She graduated with honors from West Orange High School before attending and graduating Phi Beta Kappa from University of North Carolina Women’s College in Greensboro, NC. She completed her education by receiving a Masters in Industrial Psychology from Penn State University.

Pat was one of the original “Rosie the Riveters”, working in defense plants to aid the war effort during the summers of 1943-45. In 1949, she met George K. Dow while both were volunteering at Orange Memorial Hospital. They were married in 1950 and moved into a small house in Madison, NJ, where she would live for the next 60 years.

Of all the decisions in her life, there was none that she was prouder of then the choice of Madison as home to her family. In 1963, and largely due to the physical toll World War II had taken on her husband, Pat took a job at Drew University, a place she truly came to love and where she would spend the rest of her paid working career, eventually rising to the Purchasing Director before her retirement in 1989, one year after George passed away.

Following her “retirement”, Pat became very active as a volunteer in Madison. She served for 5 years on the Madison Library Board of Trustees but her first love were Madison’s seniors. She served as the RSVP Outreach Coordinator, President of the Madison Senior Center Trustees and served for over 2 years on the Senior Citizens Advisory Committee during the period of time that the current Walnut Street location was being researched and, eventually, selected. She also frequently volunteered for the English as a Second Language program at Madison High School. She rarely missed a Borough meeting and was never shy about sharing her thoughts on how to make her beloved Madison a better place for all of its residents. She finally left Madison in 2010 to live near her oldest son, Norman, in Franklin, MA until 2018, when they all moved to Middletown, RI.

A Memorial Service will be held at Burroughs Kohr and Dangler Homes, 106 Main Street in Madison on Saturday, October 5 from 12-3 pm with visitation from 12-2 and a service from 2-3. In lieu of flowers, donations can be made in her name to the Madison Senior Center or the Alzheimer’s Association (act.alz.org/donate).

Share Your Memory of
Patricia
Upload Your Memory View All Memories
Be the first to upload a memory!