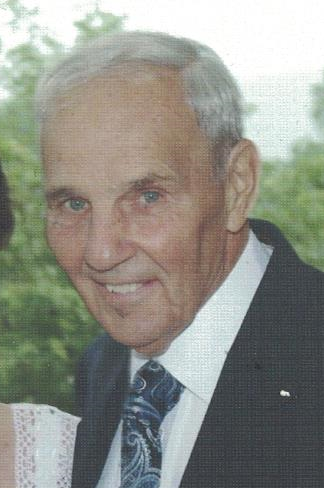 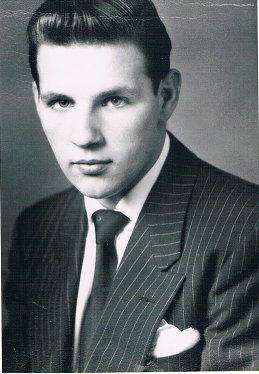 Get Directions
Friday
3
May

Get Directions
Friday
3
May

John J. Falzon passed away with his family at his side on April 29, 2019 in Morristown, N.J. at age 90.  He was the beloved husband of Patricia Falzon.  They shared 63 years of blessed marriage.

Born in New York City December 18, 1928, John was the son of John and Georgina Falzon and grew up in a tenement house on the West Side of New York City.  He served in the U.S. Army for 2 years and held the rank of Sergeant.  After his service, he went to Fordham University on the GI Bill and graduated first in his class in 1958.

John spent his entire professional career at MetLife, starting in the mail room at age 17 and ultimately rising to become a Senior Vice President.  He was instrumental in introducing computers to MetLife and later was at the forefront of applying Quality Management principles to the service industry.  He retired in 1993 at age 65 after a 48-year career.

John was a faithful parishioner, a lay Eucharistic Minister and served on the Finance Committee at Saint Margaret of Scotland Roman Catholic Church in Morristown.

He was a lifelong baseball fan and played as a youth in the New York Sandlot Championship series.  As an adult he enjoyed playing golf into his eighties.  He was a long-time member of Newton Country Club where he formed many lifetime friendships.

John loved the beaches of N.J. and Fripp Island, S.C.  But above all, he treasured family.  John enjoyed celebrating holidays and annual traditions, sharing stories, singing and laughing.  He will be remembered for his great sense of humor and hearty laugh.

John was the patriarch of a large family.  He is survived by the love of his life and wife Patricia; their six children and spouses, John and Kathleen, Robert and Nancye, James and Carolyn, Maryellen, Gregory and Kimberly, and Michael and Nancy; 13 grandchildren; and 3 great grandchildren.  Also surviving John are his brother George and sisters Jean and Elizabeth.  He was predeceased by his sister Rose.  All benefitted from his love, wisdom and guidance.

Family and friends are welcome to gather on Thursday, May 2 from 4:00 PM to 7:00 PM at the Dangler Funeral Home, 600 Speedwell Avenue, Morris Plains, N.J.  A Funeral Mass will be held on Friday, May 3 at 10:00am at Saint Margaret of Scotland Roman Catholic Church, 6 Sussex Avenue,  Morristown, N.J. Entombment will follow at Holy Rood Mausoleum, Morristown, NJ.

In lieu of flowers, the family requests that donations in John’s memory made be made to Food for the Poor (www.foodforthepoor.org).

Share Your Memory of
John
Upload Your Memory View All Memories
Be the first to upload a memory!