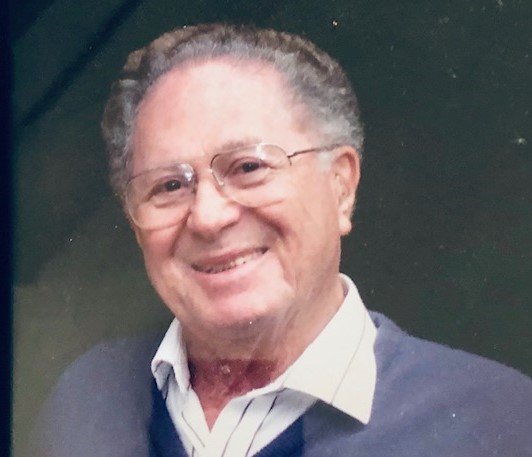 Jacob Korn, age 97 and known as "Jake" to all, passed away peacefully at his home in Morris Plains on Sunday, November 24, 2019 with his family by his side. His beloved wife of 70 years, Anny, predeceased him on January 1, 2016. He is survived by his 5 sons, Herbert, Bernard, Ronald, Gordon, and Kenneth, 10 grandchildren, and 13 great-grandchildren, all of who he was tremendously proud of.

He was born in Brooklyn in 1922 to two European immigrants, Dora and Bernard, and moved to Morristown in 1930. He graduated from Morristown High School in 1939 and commenced studies at the University of Newark. In 1943, he enlisted in the United States Army during World War II and was stationed in Austria. It was there he met the woman who was to become the love of his life for the next 70 years. He and Anny married in Austria in 1946 and they settled in Morristown. He graduated from the Rutgers Law School in 1951 and specialized in untangling complex title issues involving the purchase and sale of real estate. He was recognized as one of the leading experts in New Jersey in this area of the law and was frequently called upon by attorneys throughout the state to consult with on complicated real estate issues. He founded the Morris Abstract Company, now run by 2 of his sons.

He and Anny built a house in Morris Plains in 1960 where they raised their family. Jake lived in that home for the remainder of his life and was an active member of the Morris Plains community. Jake was well-known and respected by judges, lawyers, businessmen, and other residents of Morris County and it's believed he was the oldest member of the Morris County Bar Association just prior to his death. He traveled to every continent with his beloved wife and they went on several around-the-world cruises with friends. Jake gave generously to many institutions including the Morristown Jewish Center where he was a proud member for over 85 years. He had a sharp mind, was quick-witted and well-liked by everyone he met as a result of his supportive, contributory and kind-hearted personality.

Share Your Memory of
Jacob
Upload Your Memory View All Memories
Be the first to upload a memory!