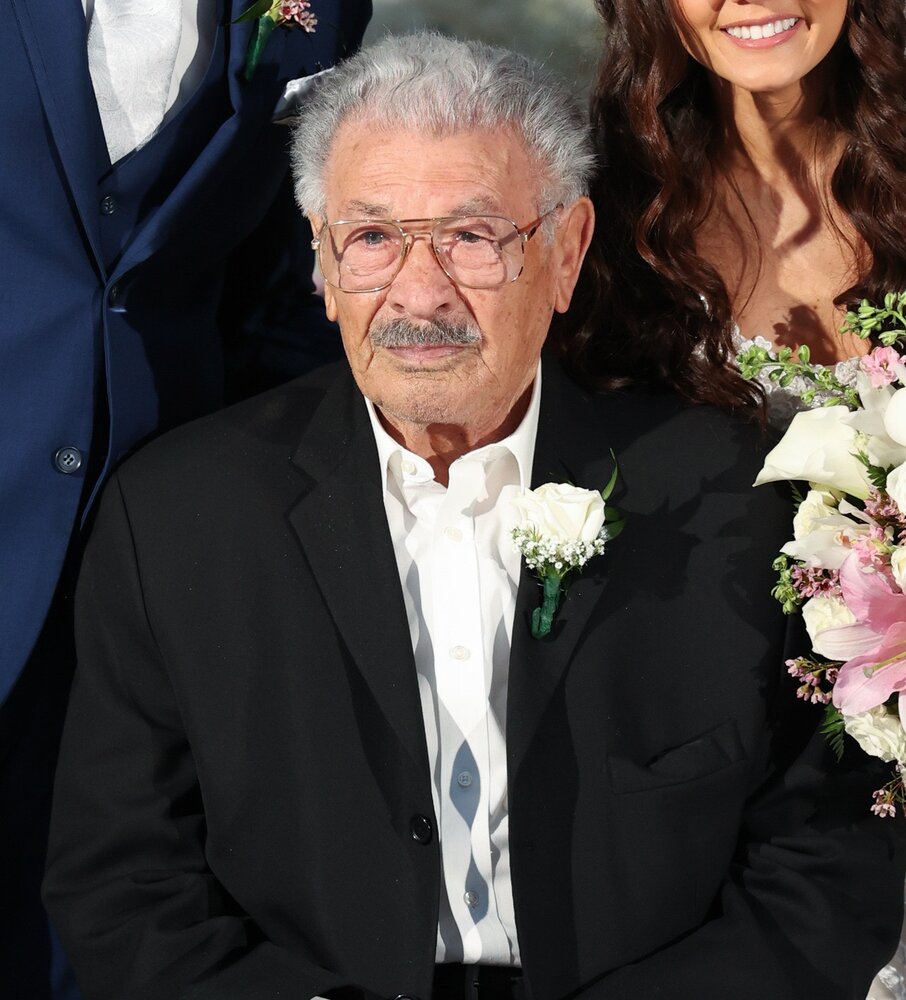 Please share a memory of Mario to include in a keepsake book for family and friends.
View Tribute Book

Mario Carmelo Gallara was born January 7, 1932 to Margherita and Giorgio Gallara of Caccamo, Palermo in Sicily.

By the age of 18, Mario was drafted into the Italian Army. He met Rosa Scimeca at a masquerade ball when they were in their early twenties and eloped shortly after. Together they had 3 children, Margherita Alberto (Raffaele), George Gallara (Mary Ann), and Maria Shaw (Todd).

Mario immigrated to New Jersey by boat in the 1960s, making his way through Ellis Island. After settling down, he sent for his wife and children in Sicily.

Mario worked for 30 years as a groundskeeper, finally retiring from the Roxbury School District. Mario enjoyed spending his time between both of his houses in Newton and Morristown. His hobbies included hunting, gardening, making wine, driving around in his adored GMC pickup, and being a doting grandfather.

Many would call him a comedian as he spent his time cracking jokes and indulging in favorite shows; Sanford and Son, Andy Griffiths Show, The Three Stooges, and Family Feud.

Mario is predeceased by his beloved wife Rosa, sisters Cecilia and Assunta, and brothers Giuseppe, Rosario, Salvator, Francesco, and Giorgio. He is survived by his brothers Benito and Angelo, and sister Mother Superior Salvina. He is also survived by his children and grandchildren, Margherita, Michael, Aurelia, Giovanna, Bianca, Chase, and Rocco. He leaves behind a host of nieces, nephews, and dear friends.

Family and friends are welcome to gather on Wednesday, March 23, 2022 from 4-8pm at Dangler Funeral Home. (*The family is requesting guests wear masks regardless of vaccine status.) A Funeral Mass for Mario will be held on Thursday, March 24, 2022 at 10:00am at St. Margaret's Church, 6 Sussex Avenue, Morristown. Entombment will follow at Holy Rood Mausoleum, Morris Township.

Mario passed peacefully in his home after battling heart and lung complications on March 18, 2022, surrounded by his family.In lieu of flowers, you can make donations to the American Lung Association (www.lung.org), or American Heart Association (www.heart.org).

Share Your Memory of
Mario
Upload Your Memory View All Memories
Be the first to upload a memory!
Share A Memory