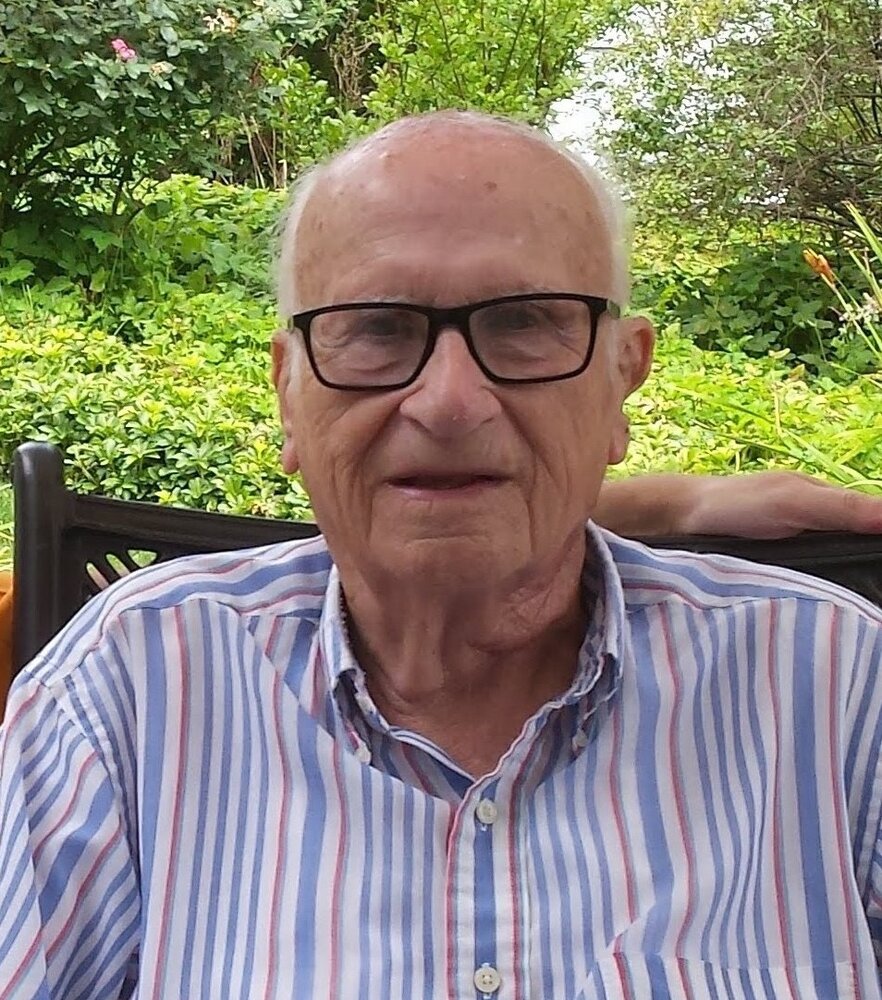 Please share a memory of Harry to include in a keepsake book for family and friends.
View Tribute Book

Harry W. Kramer, 97, of Morris Township, NJ passed peacefully at home on Tuesday, August 9, 2022 with his son and daughter present.  He was born in Philadelphia, PA, to Russell and Rebecca Kramer.  He lived in Summit, NJ, for many years, graduating from Summit High School. Harry always was interested in flying and received his pilot’s license at the age of 16.  He attended Lafayette College but left to join the Army Air Corps during WWII.  He was a B25 pilot stationed in the Philippines for several years, completing 31 missions.  Upon returning home after the war, he once again began dating his high school sweetheart, Ruth Sorensen.  They married in 1948 at the Central Presbyterian Church in Summit, NJ and Harry completed his mechanical engineering degree from Lafayette College.

Harry worked for Worthington Corporation for most of his adult life and after ending that job, was offered a job in Switzerland for several amazing years.

Harry was celebrated by Honor Flight in 2014 and was given a ride in a B25 for his 91st birthday accompanied by family members.

Harry was predeceased by his wife, Ruth, and his eldest son, Larry.

He is survived by his daughter, Joan Swanson (Wayne) and his son, Jack (Helene), his grandchildren Eric, Chris (Lydia), Stefan (Samantha), Gwen (Brian), Brian (Kristal), Kyle (Brianna) and Kaitlyn (Andrew), his great grandchildren Caleb, Linnea, Aria, Brooklyn and Kace.  He is also survived by his sister, Jane Griswold and many nieces and nephews.

Harry was the most giving and caring man, helping so many in his lifetime.

A graveside service was held Friday, August 12th for the family.

Contributions to Tunnel to Towers or Honor Flight would be appreciated.

Share Your Memory of
Harry
Upload Your Memory View All Memories
Be the first to upload a memory!
Share A Memory