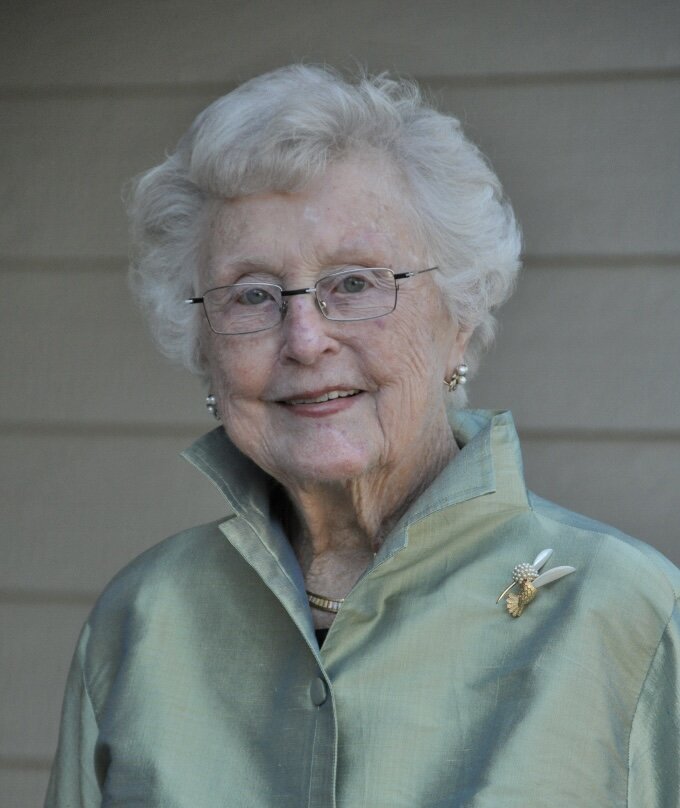 Please share a memory of Barbara to include in a keepsake book for family and friends.
View Tribute Book

She was born June 27, 1922 in Fitchburg, Massachusetts, the daughter of Anna and William Coughlin.  A graduate of Simmons College in Boston, she went on to serve her dietetic internship at the University of Indiana, Indianapolis. She was a staff dietician at the Peter Bent Brigham Hospital (now Brigham and Women’s Hospital), Boston until her marriage.

In 1952, they moved to Madison where they raised their family. After Jack’s death, she resided at Sunrise Senior Living in Madison where the staff were exceptionally fond of her, and she them.

Barbara and Jack had a wonderful life together. They traveled extensively and had many friends from all over the world, whom they enjoyed entertaining. They loved playing golf and were long time members of Madison Golf Club and The Quechee Club in Quechee , VT where they had a vacation home. For decades they also traveled to Hutchinson Island, Florida to spend the winter – and play golf.

Mrs. Barry was a member of the Thursday Morning Club. In her time, she enjoyed the camaraderie of the group and particularly relished the art classes she took there. For 50 plus years she was also a member of the Met Bus group that visited the Metropolitan Museum of Art for ten weeks each spring and fall.

In addition to her husband, she was predeceased by her sister Marguerite Irene Coughlin.

She was happy to celebrate her 100th birthday with her children.

A Memorial Mass is planned for Saturday, August 27, 10 am at St. Vincent the Martyr Church where she was a long time parishioner. Interment will follow at St. Vincent Cemetery.

Contributions may be made in Barbara's memory to the Thursday Morning Club, PO Box 345, Madison, NJ 07940.

Arrangements are under the care of Burroughs, Kohr & Dangler Funeral Home, Madison, NJ

Share Your Memory of
Barbara
Upload Your Memory View All Memories
Be the first to upload a memory!
Share A Memory