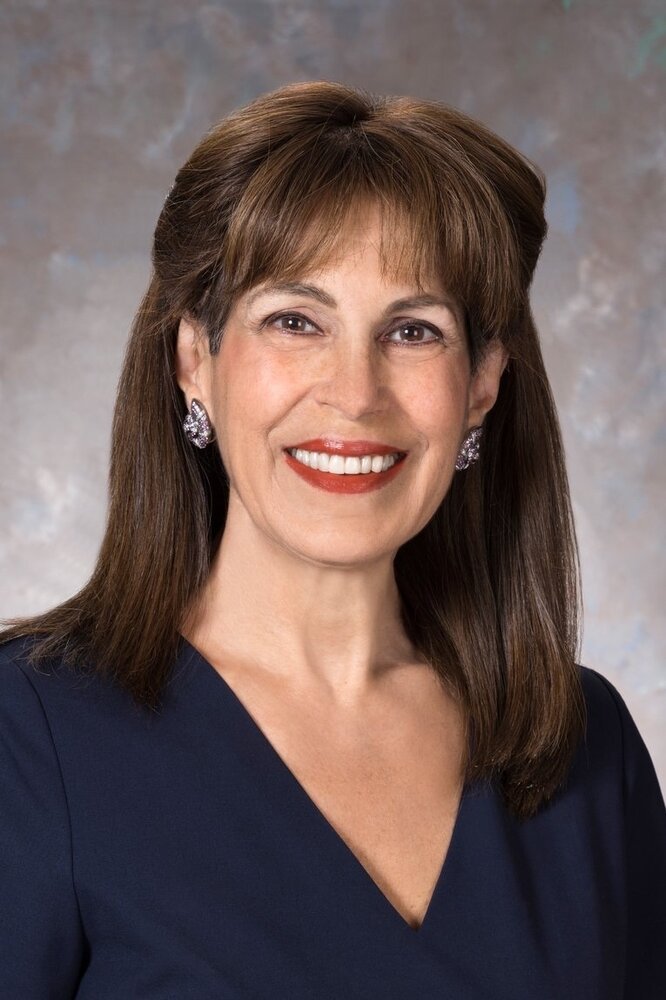 Please share a memory of Doreen to include in a keepsake book for family and friends.
View Tribute Book

Doreen M. Frasca of Manhattan, Morristown and Vero Beach Florida, passed away on the 16th of September, 2022 after a long battle with cancer. She was 68 years old.

Doreen was born in the Bronx to the late Viola and Anthony Frasca on the 12th of April, 1954. It was there she attended the Villa Maria Academy and Cardinal Spellman High School, where she graduated in 1972. She went on to earn a Bachelor’s degree in History from Wheaton College in Norton, Massachusetts. Prior to and after graduating Wheaton, Doreen took two years of study abroad at the University of Edinburgh in Scotland, where she completed her Master’s thesis. She returned to New York and earned her MBA from Columbia University.

Doreen built a 45-year career on Wall Street in public finance and municipal bonds, which began at Dillon Read in 1977. After earning her MBA, she worked for 15 years at Merrill Lynch where she became a Managing Director in the Public Finance group, specializing in Airports, Transportation & Resource Recovery. In 1997 she formed Frasca & Associates, an advisory practice. She achieved national prominence as an expert in advising governments on capital development at airports, and in 25 years, the firm grew to become one of the top municipal advisors in the nation. She was also a great mentor to many industry professionals, and grew a diverse group of talent and expertise within her firm. In 2019, she was the recipient of the Municipal Forum of New York’s Lifetime Achievement Award.

A memorial service will be held at St Bartholomew’s Episcopal Church, 325 Park Avenue in Manhattan on Wednesday, October 12th at 3 p.m. A memorial in Vero Beach, Florida will be planned for a future date. Memorial donations in her name may be made to the Cycle for Survival Program of the Memorial Sloan Kettering Cancer Center: http://www.cycleforsurvival.org/DoreenFrasca

Arrangements are under the care of Burroughs, Kohr & Dangler Funeral Home, Madison, NJ.

Share Your Memory of
Doreen
Upload Your Memory View All Memories
Be the first to upload a memory!
Share A Memory