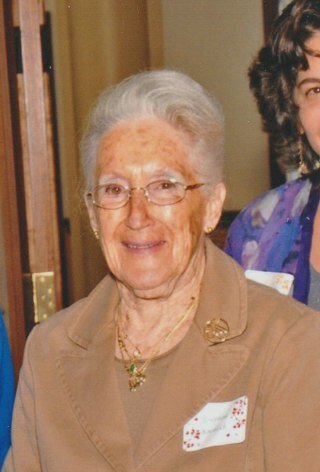 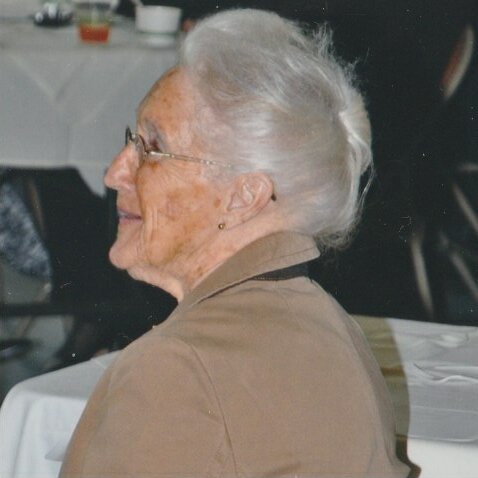 Please share a memory of Josephine to include in a keepsake book for family and friends.
View Tribute Book

Born in Westfield, N.Y, daughter of John A Koenig and Johanna Mathey Koenig, she graduated from the West Winfield Central School in 1939, and from the St. Elizabeth School of Nursing as a Registered Nurse in 1942. Josephine served as an Army Air Force Nurse at Mountain Home Air Force Base in Idaho, during WWII from 1943 to 1945, where she married Capt Earl T Knobloch of the Air Transport Command. She received her Bachelor’s of Music from Syracuse University as a Voice Major, and her Masters in Music Education and Certificate of Advanced Studies in Music Education. She was a Choral Director and Music Educator for 12 years in New York State, Prince George’s County, Maryland and Morris Plains, N.J. After receiving her Supervisory Certificate from the state of N.J. she was employed by Hunterdon Aging for which she received the Exemplary Program Award for Excellence from the State Adult Education Department.

As the Coordinator of Special Projects for Hunterdon County Adult Education she originated and coordinated the establishment of the Hunterdon County Textile Guild: the Rug Artisan Guild, the Patchwork and Quilting Guild, The Needlework Guild, the Sewing Guild and the Knitting and Crocheting Guild.

In 1976 she coordinated and established Golden Talents, where for 28 year Senior Artisans could market their handcrafted creations and supplement their incomes. During this time she also hosted a series of weekly radio interviews of Hunterdon artisans on “As The Wheel Turns”, sponsored by the Office On Aging.

After retirement she volunteered for 10 years for ESC as Coordinator of Arts and Crafts, where she coordinated with Reverend Richard Mille of the Stanton Reformed Church, the establishment of the Hunterdon County Baking Guild. She innovated and served as host for 10 years on the TV series “Artistic Talents” of Hunterdon.

In 2017 she received a Proclamation from the Hunterdon County Board of Chosen Freeholders for her ”Dutiful service to her country” and for her creation and support of the guilds on their Fortieth Anniversary. Hunterdon County gave her an opportunity to accomplish and further her lifelong interests.

With her daughter Karen, she was a co-partner for over 33 years in a business called “Jo and Karen Decorative Folk Art Painting” that preserved the international folk art painting techniques of the past.

She was a member of St Elizabeth Ann Seton Parish, St. Elizabeth College of Nursing Alumni, the National Society of Decorative Folk Art Painters along with its Goldfinch Chapter, and a Charter member of Woman in the Military Service of America. She served for twenty years on the Board of Trustees for Golden Talents.

Share Your Memory of
Josephine
Upload Your Memory View All Memories
Be the first to upload a memory!
Share A Memory