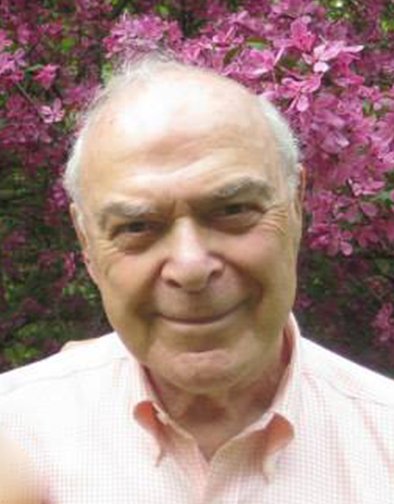 William S. Hirsch, of Morris Township, passed away peacefully in the late night hours of October 23, 2018 at the age of 90.

Born to Harry and Sarah Hirsch in Newark, NJ on August 7, 1928, Bill grew up in Newark and Maplewood with his two older brothers, Fred and Raymond. Bill attended Weequahic High School in Newark and Upsala College in East Orange, NJ.

Possessed in life of an unusually tiredless and diligent work ethic, Bill leaves behind a legacy of personal and professional accomplishments, of which he is most well know for his significant contributions to the antique automotive trade and hobby. An avid collector himself, one of Bill's greatest joys in life was traveling the country and other parts of the world with his family in their antique automobiles, of which his Packards were a lifelong favorite. His company, Bill Hirsch Auto Parts in Newark, NJ has been serving collectors, restorers, and hobbyists around the world for nearly 50 years. Until his stroke in November of 2017, Bill continued to run his family business and work on a daily basis.

His family, above all else, was Bill's greatest priority; in caring for his wife and children, their dogs, cats, and various other animals. Bill exerted himself with unrivaled energy. He is survived by his wife, Berit, his daughter, Jayne Hirsch, his sons, Eric and Jeffrey, his daughter-in-law, Tamara, his grandson, Augustine Hirsch, family and friends. Bill will be remembered by all with tremendous affection, gratitude, respect, and admiration.

Family and friends are welcome to gather to honor Bill on Tuesday, October 30, 2018 from 10-11 am at Burroughs, Kohr & Dangler Funeral Home, 106 Main Street, Madison. A Funeral Service will follow at 11 am at the funeral home. A luncheon will be held after the Funeral Service.

In lieu of flowers, donations may be made to one of two charities Bill and his wife, Berit have enthusiastically supported for many years: Ronald McDonald House, or Smile Train. The Hirsch family offers its sincere appreciation for the consideration and condoloenses of family and friends.

Share Your Memory of
William "Bill"
Upload Your Memory View All Memories
Be the first to upload a memory!
Share A Memory