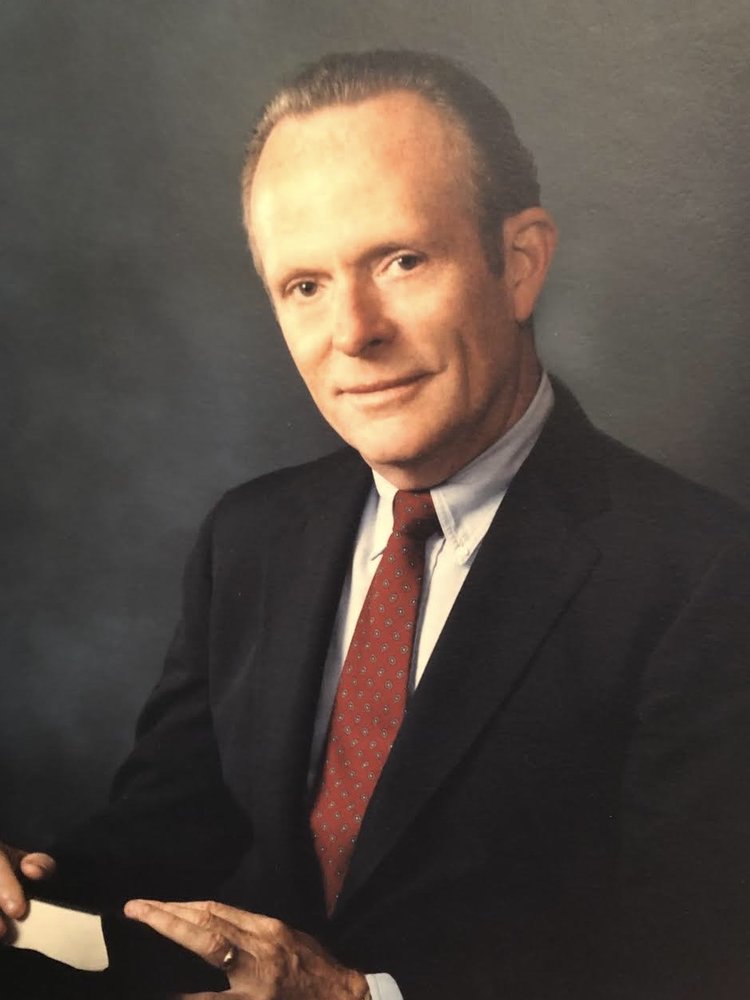 ﻿﻿Thomas J. McDonagh, M.D. passed away peacefully on November 19, 2019 at Morristown Medical Center surrounded by his family.  He was 87 years old.

Tom was born in New York City on February 29, 1932 to John and Delia McDonagh.  He graduated with a BS from City College of New York and then earned his medical degree at Columbia University College of Physicians & Surgeons.  After several years in private practice Tom began a long and highly successful career at Exxon Corporation, ascending to the position of Corporate Medical Director and retiring in 1997.

He met his future bride Helen Drury at an Irish dance in 1951, and they wed six years later.  During the course of their 62 year marriage, Tom and Helen were blessed with five children (Kevin, Eileen, Tom Jr, Brian and Patricia) and nine grandchildren (Andrew, Patrick, Stephen, Christopher, Timothy, Gregory, Michael, Julia and Frederic).

Before passing Tom lived in Naples, Florida and Denville, New Jersey.  Previously he lived in Madison, New Jersey and Bellerose Village, New York where he served as a Trustee and Deputy Mayor.

During his life Tom’s focus was primarily on his family, his faith and his career.  He was a devoted son, brother, husband, father and grandfather.  Tom was highly active in his church community, serving as a Eucharistic Minister and a volunteer and financial supporter of various religious ministries.  He also served on numerous medical boards and professional organizations and was a leader in the area of corporate environmental health and safety.

Family and friends are welcome to gather on Friday, November 22, 2019 from 4-7 pm at Burroughs, Kohr & Dangler Funeral Home, 106 Main Street, Madison. A Funeral Mass will be celebrated for Thomas on Saturday, November 23, 2019 at 10 am at St. Vincent Martyr Church, 26 Green Village Road, Madison. Entombment will follow at Gate of Heaven Mausoleum.

In lieu of flowers, donations can be made in Dr. McDonagh's memory to National Multiple Sclerosis Society, P.O. Box 4572, New York, New York 10163 or online at www.nationalmssociety.org/Donate or to St. Jude Children's Research Hospital, 51 St. Jude Place, Memphis, Tennessee 38105 or online at www.stjude.org

Share Your Memory of
Dr. Thomas
Upload Your Memory View All Memories
Be the first to upload a memory!