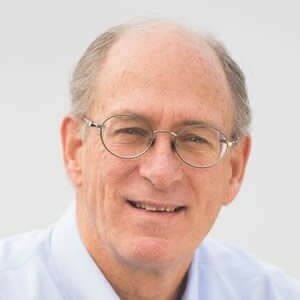 Please share a memory of James to include in a keepsake book for family and friends.
View Tribute Book

James Michael Hanrahan, 65, of Madison, NJ passed away at home on May 22, 2022, surrounded by his sad and loving family. Jim - as he was affectionately known - lost his battle with pancreatic cancer following a herculean 10-month fight. Jim was a fighter who beat cancers in the past.

Loved and respected by his two children, Jim was a dad to beat all dads. He was a goofball who poked his kids’ sides to make them squeak during photos. He was a coach for their teams growing up and a mentor for their professional lives. He experienced both of their weddings and knew all of their friends. To his nieces and nephews, he was the “fun uncle.” His jokes were silly, but his advice was sound.

A dedicated runner, walker, skier and biker, Jim wore down his sneakers on the streets of Madison, his skis in Colorado, and his bicycle tires on roads all over the country. He convinced family and friends to compete in triathlons, half marathons, and 100k bike rides time and time again. He maintained his love for movement throughout his entire fight with cancer. If physical activity were the magical elixir for longevity, Jim would have lived forever.

Professionally, Jim left a meaningful impact on all who had the opportunity to work with him. He started his career as a chemical engineer and became a CFO and EVP of both private and public companies with sales in the hundreds of millions of dollars. Jim’s success came from his unique combination of intellect, hard work, can-do attitude and family values of trust, loyalty and respect. His mission was to make his team, department, company, and planet a better place one day at a time. He achieved his mission. A graduate of Cornell in 1979 and Chicago Booth in 1986, Jim worked for UOP PROCESS DIVISION (Allied Signal/Honeywell), Des Plaines, IL (1979-1988), W. R. GRACE & CO., INC., Columbia, MD (1988 - 1990), HORSEHEAD INDUSTRIES, INC., New York, NY (1990 - 2002), CDI CORPORATION, Philadelphia, PA (2002 - 2014), THE BARTECH GROUP, INC., Southfield, MI (2014-2017), and TALENTWAVE, Denver, CO, (2017-2021). Jim’s colleagues will remember him as a creative and talented leader, a calm and thoughtful voice in challenging times, and a friend without fail.

Tributes to Jim have come in from across the country from every phase of his life sharing their love and memories of him as an individual of the highest caliber and integrity.

Family and friends are welcome to gather on Friday, June 3, 2022, from 4 pm to 7 pm at Burroughs, Kohr & Dangler Funeral Home, 106 Main Street, Madison. Masks are required regardless of vaccination status. A Funeral Mass will be held in his honor on Saturday, June 4, 2022, at 10 am at St. Vincent Martyr Church, 26 Green Village Road, Madison. All are invited to lunch and a Celebration of Life immediately following the service.

In lieu of flowers, donations may be made in his name to BeTheMatch, PanCan, Madison Volunteer Ambulance Corps, or The Madison Area YMCA.

Share Your Memory of
James
Upload Your Memory View All Memories
Be the first to upload a memory!
Share A Memory