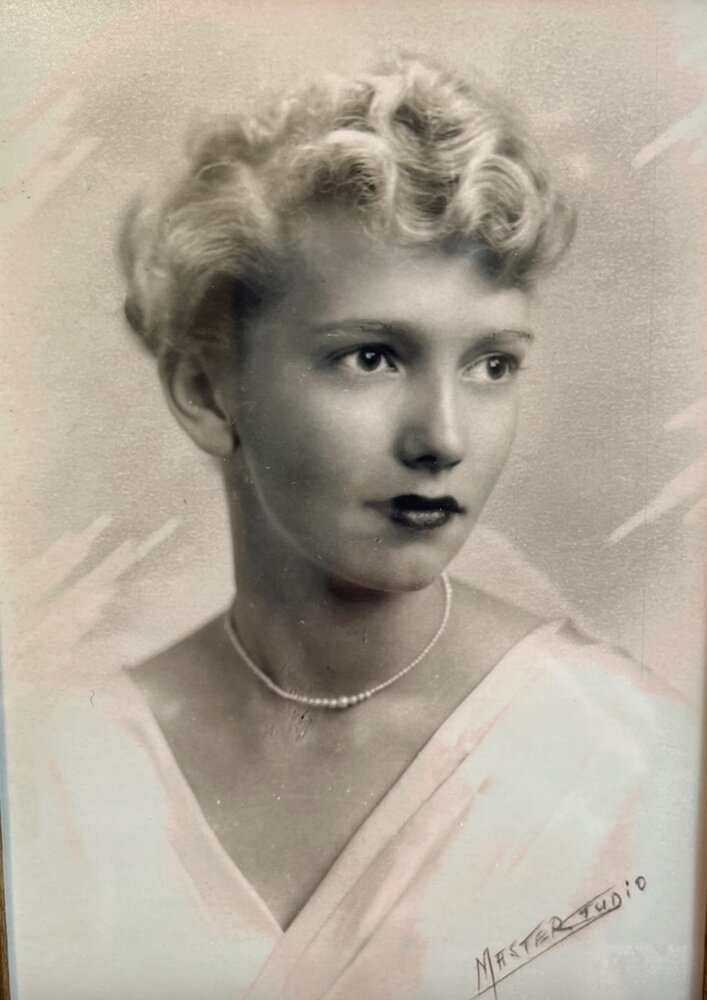 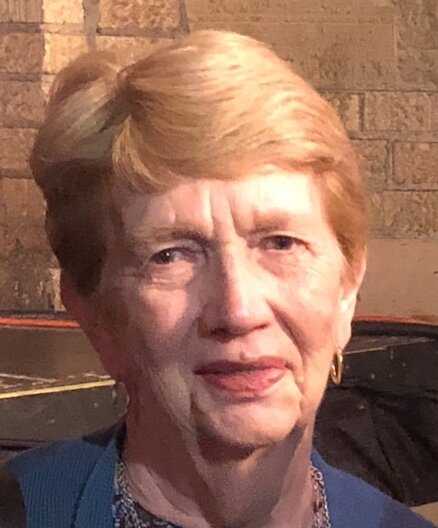 Please share a memory of Virginnia to include in a keepsake book for family and friends.
View Tribute Book

Virginnia Ann Stewart Hathaway, 83, died at the home of her son Robert Jr. in Netcong, New Jersey on 1 July 2022. She was born on 8 April 1939 at St. Elizabeth’s Hospital to Rosa Amat and William John Stewart. She grew up in Mountain Lakes, New Jersey surrounded by multiple generations of her family. She graduated from the St. John’s school in 1957 with high honors and was a member of the all-state orchestra. She graduated Wellesley College in 1961 and received her Masters degree in Education and Human services from Seton Hall University in 1987.

Her first job was at the J.Walter Thompson company where she was an editorial assistant and wrote advertisements and jingles. She then went on to teach to elementary school students - her favorite was the 5th grade. She taught english, music, art — her favorite subjects — and received awards for her transformative teaching techniques. She retired from Tinc Road School in Mount Olive New Jersey in 2008. She noted that she could learn something every day from her ten-year-old students and that they kept her young.

On 4 August 1962, Virginnia married Robert Edward Hathaway. They lived in Virginia, North Carolina, Wyoming, and finally settled in Parsippany New Jersey where she has resided for over 50 years.

She was an avid reader and could recite her favorite authors even in her last days. She looked forward to the book club and visiting with many friends who shared her love of literature. She was a musician of multiple instruments including the bass and piano and passed her passion for the craft to her children and grandchildren. She also was a member of the Audubon society and enjoyed baking pies. She was known as “pie grandma” to many.

She is survived by her husband Robert, her three children and their respective spouses, Robert Jr. and Kerri, Melissa, and Nicholas and Nanette as well as her eight grandchildren: Alexander, Justin, Grace, Nicholas, Anna, Robert, Maxwell, and Clayton. She is also survived by her brother William J. Stewart Jr..

In her final days she continued to recite the poem, "I Wandered Lonely as a Cloud” by William Wordsworth. We share it with you to remember Virginnia:

I wandered lonely as a cloud That floats on high o'er vales and hills, When all at once I saw a crowd, A host, of golden daffodils; Beside the lake, beneath the trees, Fluttering and dancing in the breeze. Continuous as the stars that shine And twinkle on the milky way, They stretched in never-ending line Along the margin of a bay: Ten thousand saw I at a glance, Tossing their heads in sprightly dance. The waves beside them danced; but they Out-did the sparkling waves in glee: A poet could not but be gay, In such a jocund company: I gazed—and gazed—but little thought What wealth the show to me had brought: For oft, when on my couch I lie In vacant or in pensive mood, They flash upon that inward eye Which is the bliss of solitude; And then my heart with pleasure fills, And dances with the daffodils.

A memorial service will be held at Dangler Funeral Home in Morris Plains, New Jersey at 2pm on 7 August 2022. If you care to make a donation in Virginnia’s memory, please do so to the American Cancer Society: https://donate3.cancer.org.

Tributes to Virginnia’s life and condolences may be left for the family by visiting https://danglerfuneralhomes.com.

Share Your Memory of
Virginnia
Upload Your Memory View All Memories
Be the first to upload a memory!
Share A Memory