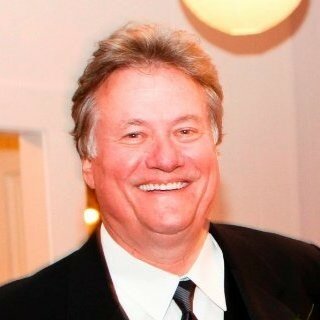 Obituary of Donald A. Richards

Please share a memory of Donald to include in a keepsake book for family and friends.
View Tribute Book

Donald A. "Don" Richards of Cedar Knolls, NJ, age 74, passed away unexpectedly Friday, September 30 after battling back from a stroke. Don was born on August 24, 1948 to Harold and Dorothea (Uber) Richards. He grew up in Totowa, NJ, and later moved to Wycoff, NJ where Don lived a full, family-filled upbringing with his four siblings.

A consummate intellect, Don went on to spend some of the best years of his life studying Accounting at Siena College joined by his twin brother Bob. Following college, he went onto law school at Albany Law School and later received a Masters in Taxation degree at NYU. It was at a cocktail party hosted by some colleagues when he was a young associate that he shared a fateful glance and met the love of his life Jane (Smuda) Richards. Together they lived and built a family in Cedar Knolls raising their son Christopher and stepson Brian Volker.

A successful tax attorney of over 40 years, Don was known for his creative strategies and loved the challenge of difficult and unorthodox cases. He was passionate about his life’s work and was always looking for ways to self-educate and stay ahead of the game well into his 70’s. Away from the office, he enjoyed the simple pleasures in life. Don loved a good underdog story and was an avid fan of the New York Mets and his Siena Saints which gave him many years of pleasure and heartache. His five granddaughters always brought out his inner child and he immensely loved playing games and rolling on the floor with them. He was a great storyteller, usually of self-deprecating experiences that showed despite life’s stresses he saw the humor in it all. Most of all, he liked to travel with his wife Jane of 41 years and dine at some of their favorite restaurants in Cape May.

A celebration of his life will be held at Dangler Funeral Home, 600 Speedwell Ave, Morris Plains, NJ on Thursday, October 6 from 4 to 8 p.m. Family and friends are invited to come and share fond memories and stories. A Funeral Mass for Don will be held on Friday, October 7, 2022 at 9:30am at Notre Dame of Mt. Carmel Church, 75 Ridgedale Avenue, Cedar Knolls, NJ. Interment will follow at Evergreen Cemetery, Morristown, NJ.

While flowers are welcome, others may consider a donation made to the Siena College Men’s Basketball team (SaintsAlive! Athletic Fund)  in Don’s memory.

Share Your Memory of
Donald
Upload Your Memory View All Memories
Be the first to upload a memory!
Share A Memory