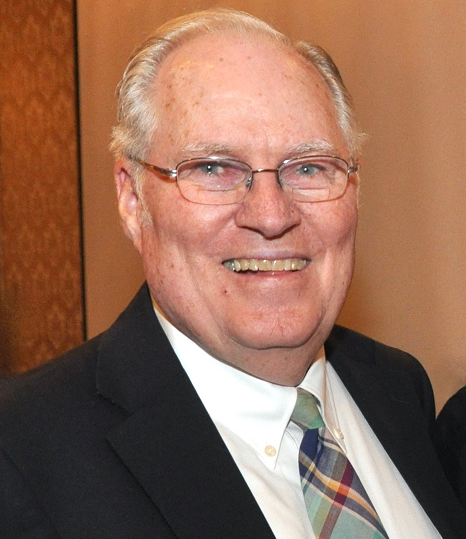 Please share a memory of Gerard to include in a keepsake book for family and friends.
View Tribute Book

Gerard “Gerry” Gannon went home to God on Christmas afternoon December 25, 2022.  It was so fitting because it is the feast when Christians celebrate the Incarnation of Jesus- God the father sending his son Jesus in human form to show us how to live here on earth.

Love, Compassion, Inclusivity for all - no prejudice, no exceptions and service.

Gerry lived this life.  His first call to service was as a Roman Catholic Priest at St Ann’s Parish in Brooklyn, NY, the poorest parish in the borough at the time.  He marched for Civil Rights with Dr. Martin Luther King, Jr. over the Pettus Bridge from Selma toward Montgomery on March 9 1965.  Dr. King had requested that religious men and women join their black brothers and sisters for the march.  Gerry immediately responded to that call, as he would so many others in the years to come. “Father Gerry” was the Pied Piper to the children in the Farragut Houses, the NYCHA projects in his parish, and a lifelong friend to his fellow priests.

Gerry loved his priesthood but felt he could do more for others as a lay person and a married man.  He requested a dispensation of Pope Paul VI, which was granted, and began the Master’s Degree Program for Social Work at Fordham University, focusing on Community Organization.

After marrying Mary, a fellow Fordham social work student, they settled in New Jersey, where they have lived for the last 51 years.

Gerry worked with non-profit organizations his entire career.  He worked with inmates at Riker’s Island, and at the New York City Board of Education for Board member Seymour Lachman as a community organizer.  He was director of the Five Towns Community Counsel on Long Island.  After moving to NJ, he was Director of Family Service of West Essex.  He then worked for New Community Corporation in Newark starting their Social Service Dept. He co-founded the shelter for Battered Woman in Newark as part of his tenure there.

Later he ended his career as Vice President for Development for the First Occupational Center Of New Jersey, an organization helping people with limited abilities secure jobs and housing.

Not only did Gerry dedicate his work life to the service of others, but he lived his ministry in every area of his life.  He and his wife, Mary, were committed to living their life with a dedication to the Works of Mercy; Feeding the Hungry, Giving Drink to the Thirsty, Sheltering the Homeless, Caring for the Sick, Visiting the Imprisoned, Burying the Dead and Giving Alms to the Poor.

Gerry, along with Mary and fellow parishioners of St Vincent Martyr Church, brought a family from Vietnam to America, in the 1970’s, to a new life free from war.  They began a local chapter of the Association for the Learning Disabled in support of children and families struggling to get the best education possible for special needs children.  Gerry was so talented in organizing efforts to effect change and always had his best friend, Mary, by his side.  Together, they provided support and assistance to countless individuals and organizations over the many years that they raised their family.

After his retirement, Gerry volunteered at nourish NJ helping to provide food and support to those suffering food insecurity.  He believed in educating young urban women and was a big supporter of St Vincent Academy in Newark, New Jersey.  He was a board member of Voice of the Faithful NJ, and supported Catholic Priests of Integrity and survivors of sexual abuse.

In 2015, along with Mary and many wonderful volunteers, he co-founded, Refugee Assistance-Morris Partners (RAMPNJ.org).  Since it’s creation, RAMP has brought nine families to a new life in America, from war torn countries in the Middle East, namely Syria and Afghanistan.

Gerry’s life was one of service in the Lord, contemplation and activism for change that would lead to justice and equality for all.

He was genuine and affectionate.  His guitar was carried everywhere, much of his life, providing spontaneous sing-alongs for instant fun and entertainment. Gerry was always optimistic, positive, funny and happy.

He was a wonderful and loving father to Jeannine, Christopher and Emilie Jane.  He loved his children dearly and would do almost anything for them.  He found great joy in the additional family that he gained through his children, Son-in-law, Bill, Daughter-in-law, Tara and grandchildren Adrian, Sarah, Kieran and Emma.

A Memorial Mass for Gerry will be held on Saturday, January 7, 2023 at 10:00am at St. Vincent Martyr Church, 26 Green Village Road, Madison. For those who are not able to attend the Mass, it will be live-streamed on the Church's website (https://svmnj.org/).

Donations in Gerry’s name may be given to a charity of your choosing or one of Gerry’s favorites:

The Migrant Center of the Church of St Francis of Assisi

Share Your Memory of
Gerard
Upload Your Memory View All Memories
Be the first to upload a memory!
Share A Memory